Big voyage for a little ele 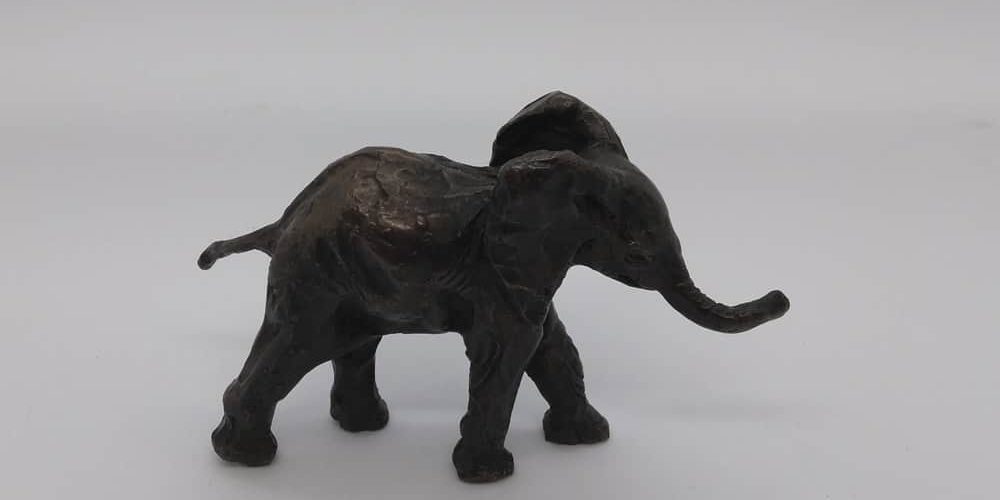 Two years ago a customer purchased from us a beautiful oil painting by Mary-Jane Alexander and one of Sue Maclaurin’s cute bronze baby elephants.  On the move she asked me to keep them until she stopped travelling.  Last September she contacted me to say she was residing in Adamstown on the Pitcairn Islands and could I send her art there?  Binding the elephant calf to the painting to make one secure parcel, I sent if off with trepidation from a bemused West Wycombe post office.  Apparently it would go by plane to Auckland, New Zealand, where it would wait until November for the boat to set sail to the Pitcairns, which it did every four months. Towards the end of the year, my customer, with her 50 plus compatriots who live on the island, duly met the boat and thankfully her parcel was aboard.  Excited, she ripped open the packaging and emailed me to say she was thrilled with the painting, but hadn’t she also bought an elephant?  My heart stopped.  Where was the pachyderm?  Had it been lost?  Stolen?  Keeping calm, I suggested she check the packaging thoroughly, which she duly did and found the little fellow still wrapped up in bubble.  So he made it – which was wonderful, as it was a big voyage for a very little ele!