Story of an Old Bag in Church 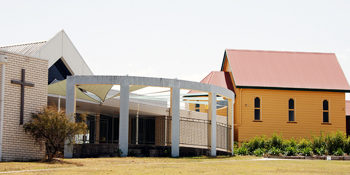 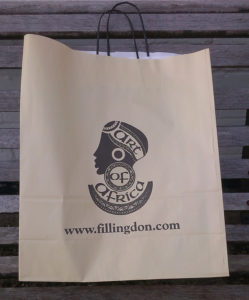 On the other side of the world in a small community called Samford Village, Queensland, Australia, I have a close and dear friend who a sings in the choir of the local Catholic Sacred Heart Church.  One Sunday a few months ago, she spied a newcomer in the front pew.  Not only was that unusual in itself, but the newcomer had with her an Art of Africa bag!  Bursting with curiosity, my friend accosted the newcomer after the service and asked her how she had come upon such a bag as the business belonged to an ex-university friend of hers in UK? The newcomer explained that her mother-in-law had been to the gallery and bought a ceramic bowl for herself and her husband, and taken it out to Australia with her when she had last visited, in its original bag.  The newcomer liked the bag so much, she often used it to take her possessions around with her.  Small world!  But it gets smaller.  The newcomer went on to tell my friend that when she and her husband next visited UK, they would give me a ring and come and visit the gallery if it was anywhere near where they were staying. This they duly did last month, when they stayed with their mother/mother-in-law and discovered she lived in the next village to us! 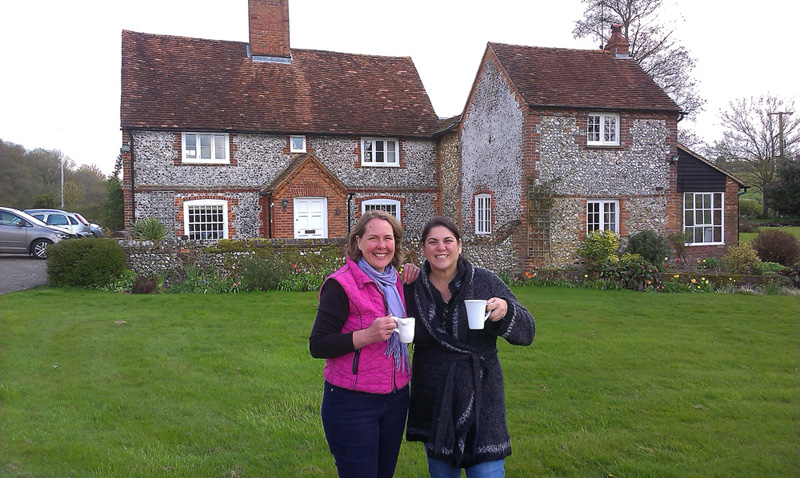 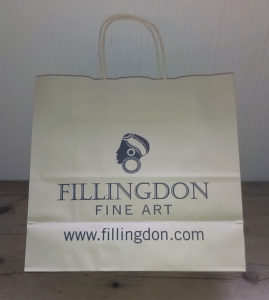 So they came for tea and in conversation we established that we knew their farm and their family locally; they had had their marriage blessed in our local church by our local vicar – with whom I play tennis; and even our dog shared the same name as the newcomer’s Italian mother!  Life is full of coincidences.  And if you are now truly confused, remember it really was an ‘old bag’ as we rebranded Art of Africa as Fillindon Fine Art three years ago and we have new bags now.   I wonder to where they will venture?